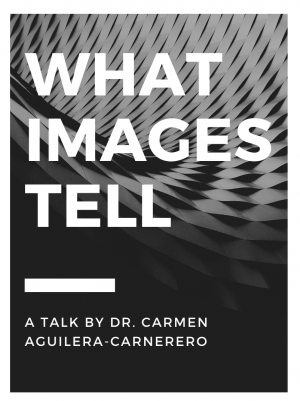 Dr. Carmen Aguilera-Carnerero, a visiting scholar at the Department of English, University of Colombo, delivered a talk titled “What Images Tell” on Tuesday, 10th December 2019 at the University of Colombo under the AHEAD-DOR Project. Her Talk focused on the application of tools in Critical Discourse Analysis to visual discourses, specifically, photographs, political posters and memes. Dr. Aguilera-Carnerero introduced the audience to how visual discourses comprise of overlapping concepts, and how its analysis can aid researchers to understand the ideology and power relations that underlie images by focusing on the political posters produced by the Irish Republican Army (IRA), and photographs taken in Afghanistan before and after the fall of the Taliban.

Dr. Carmen Aguilera-Carnerero teaches at the Department of English and German Philogy at the University of Granada (Spain) and is a Senior Research Fellow at the Centre for the Analysis of the Radical Right (CARR). Her post-doctoral research focuses on the study of extreme speech online, the visual side of terrorism and graffiti, and has taught at universities in Bologne, Istanbul and Prague. 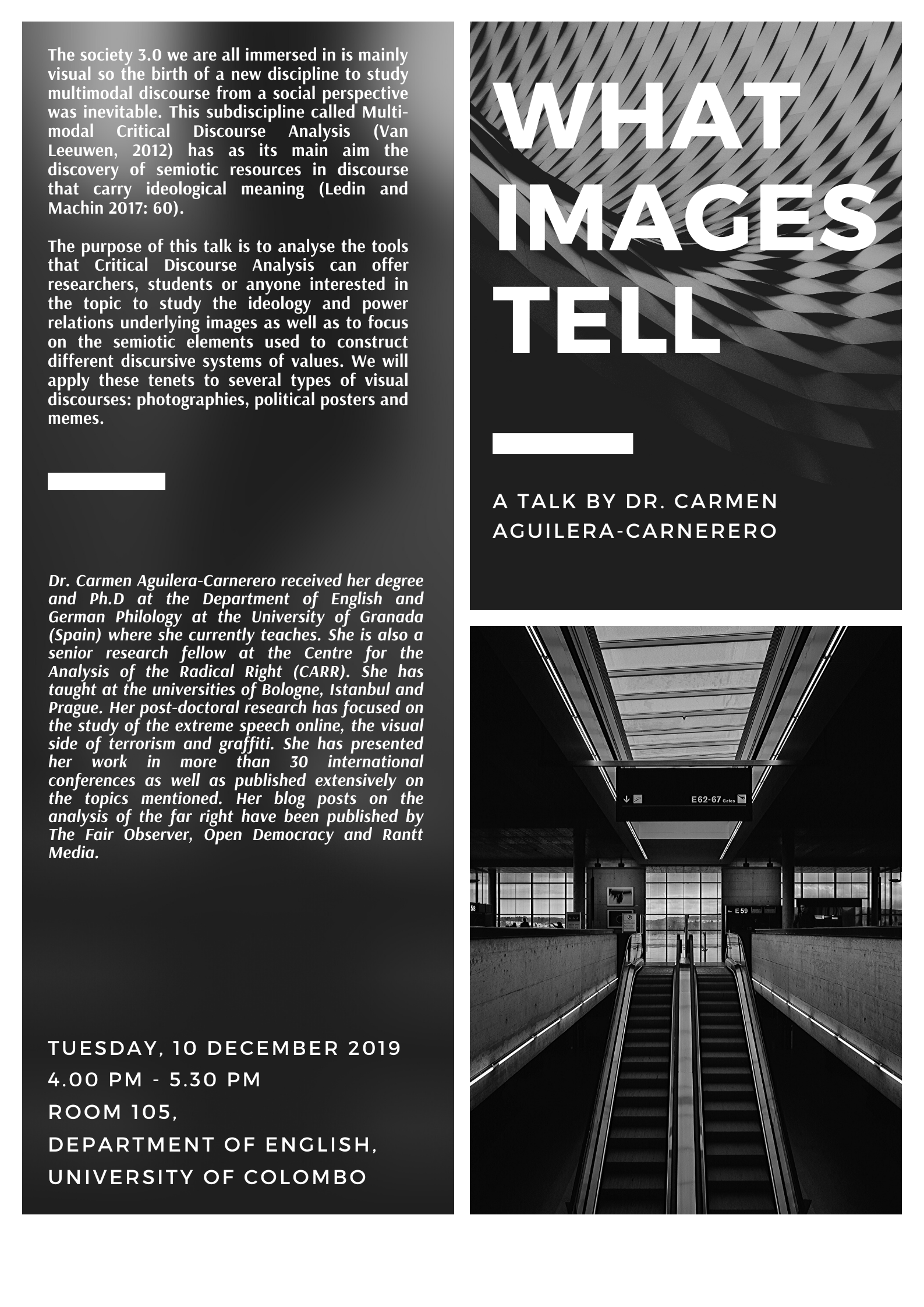 The Department of English launches a digital humanities laboratory (DHLab)

Guest Lecture on “The Datafication of Education: Designing for Alternative Futures” – 21st June

A Talk by Dr. Choman Hardi