Dr. Christoph Wolk, Senior Lecturer in English Linguistics, Justus-Liebig University was a visiting scholar attached to the Department of English in September and October 2019. During this time, Dr. Wolk conducted corpus-related training focused on web data collection and corpus analysis for faculty of the Department under the AHEAD-DOR Project. The first workshop focused specifically on exploring how to automatically access web material, in particular the online versions of newspapers, and extract the relevant information for corpus-building, including text and metadata, by creating custom tools for this in R. The remaining workshops explored the analysis techniques available using current corpus software, where the faculty of the Department of English were trained in advanced searching techniques, including searching for complex patterns, using Antconc.

Dr. Carmen Aguilera-Carnerero teaches at the Department of English and German Philogy at the University of Granada (Spain) and is a Senior Research Fellow at the Centre for the Analysis of the Radical Right (CARR). Dr. Aguilera-Carnerero was a visiting scholar attached to the Department of English from July 2019 to January 2020. During her time at the Department, she delivered a Talk titled ‘Visual Language: What Images Tell’ on 10 December 2019 under the AHEAD-DOR Project where she explored the tools that Critical Discourse Analysis can offer in the analysis of visual discourses.

A Workshop titled “Critical Pathways in English Studies, Truant Geographies: Masculinities and Gender in Transition in Post-War Sri Lankan Culture, Language and Society” was held from 26th – 29th March 2018 at the Goethe Institute, Colombo 7. The Workshop was attended by Dr. Benedict Heller from Justus Liebig University, Giessen and Prof. Stefan Horlacher from TU, Dresden. During the workshop, Prof. Stefan Horlacher conducted a session on Masculinities and Dr. Benedikt Heller conducted a training session on using the software, R to conduct research. 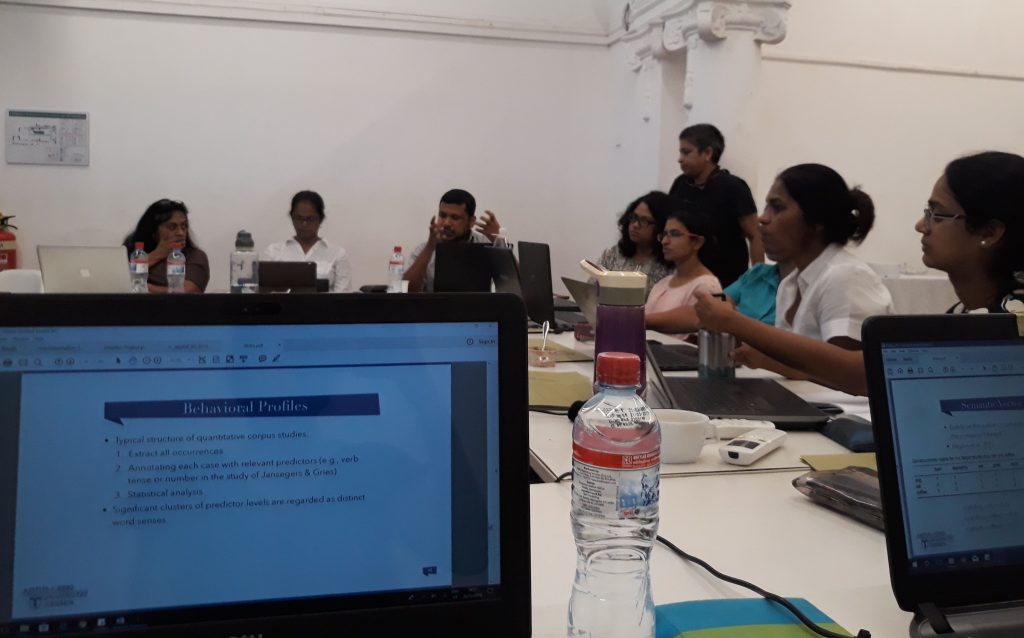 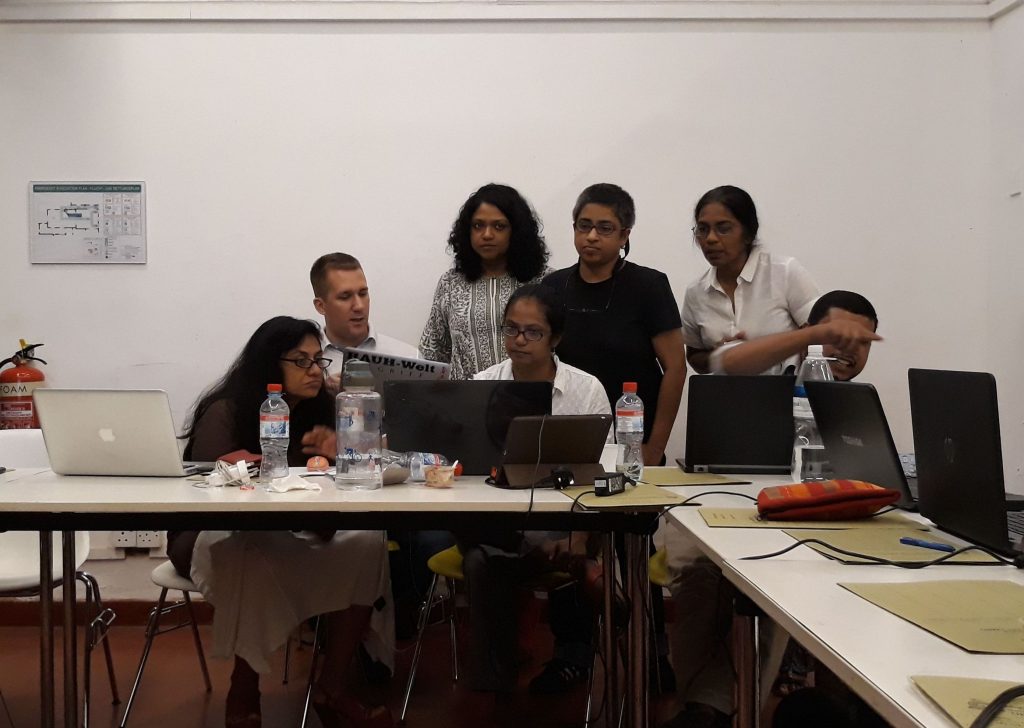 In 2017, the Department also hosted Prof. Stefan Horlacher, Chair of English Literature at the Technical University, Dresden, Germany, who conducted a lecture titled What Makes a Man a Man? Masculinity studies in Germany and Beyond: New Perspectives and Alternatives on 29th March 2017.

Ms. Christine Stuka of Justus Liebig University, Germany, visited the Department of English in July 2017 as a Guest Lecturer under the purview of the academic MOU signed between the University of Colombo and Justus Liebig University for the exchange of staff and students. Christine’s research interests are English varieties in the Caribbean (specifically Barbados) and Africa, Pidgins, Creoles and Mixed Languages and Sociolinguistics in general. During her 2-week visit to Colombo, Christine taught sections on two courses offered by the Department – English Across the World and Studies in Sociolinguistics. 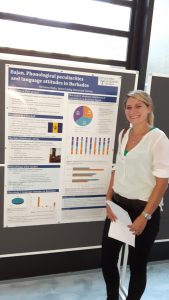 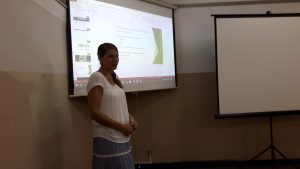 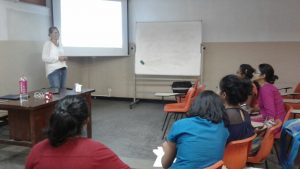 Dr Sandra Goetz was attached to the Department of English in 2016 as a Visiting Scholar under the academic exchange MOU signed between the University of Colombo and JLU, Germany. During her two-week stay, Dr Goetz gave a talk on Data Driven Learning (DDL) for teachers of the Department’s Extension Courses and students interested in English Language teaching, as well as several guest lectures for undergraduate students following Linguistics courses. 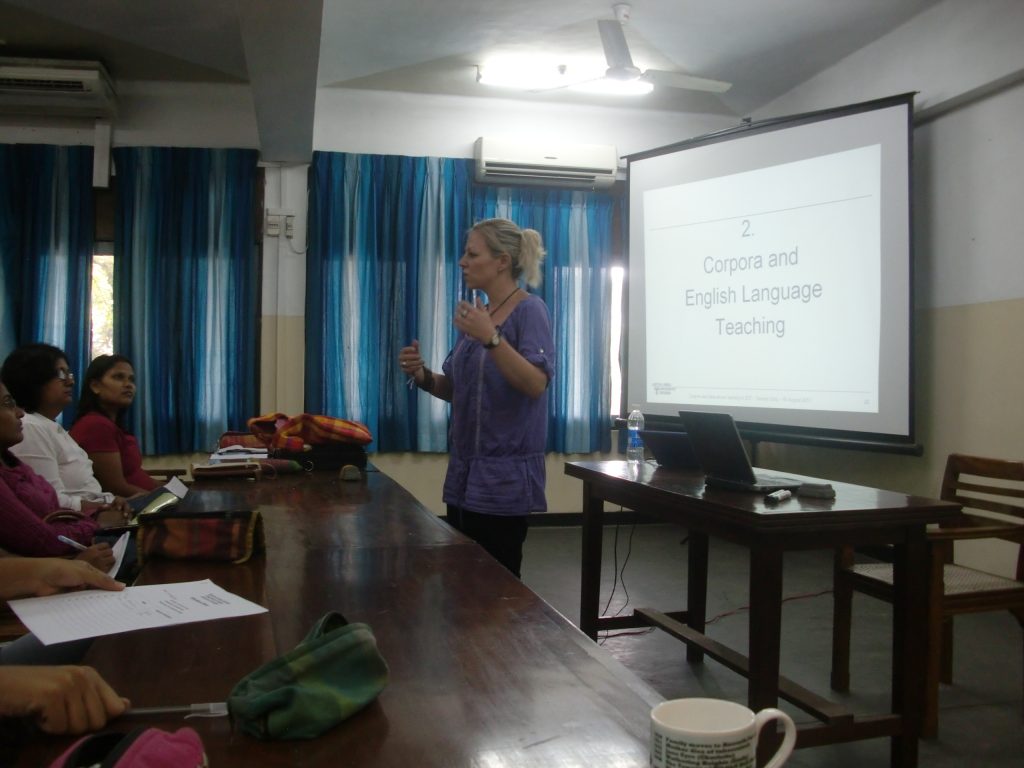 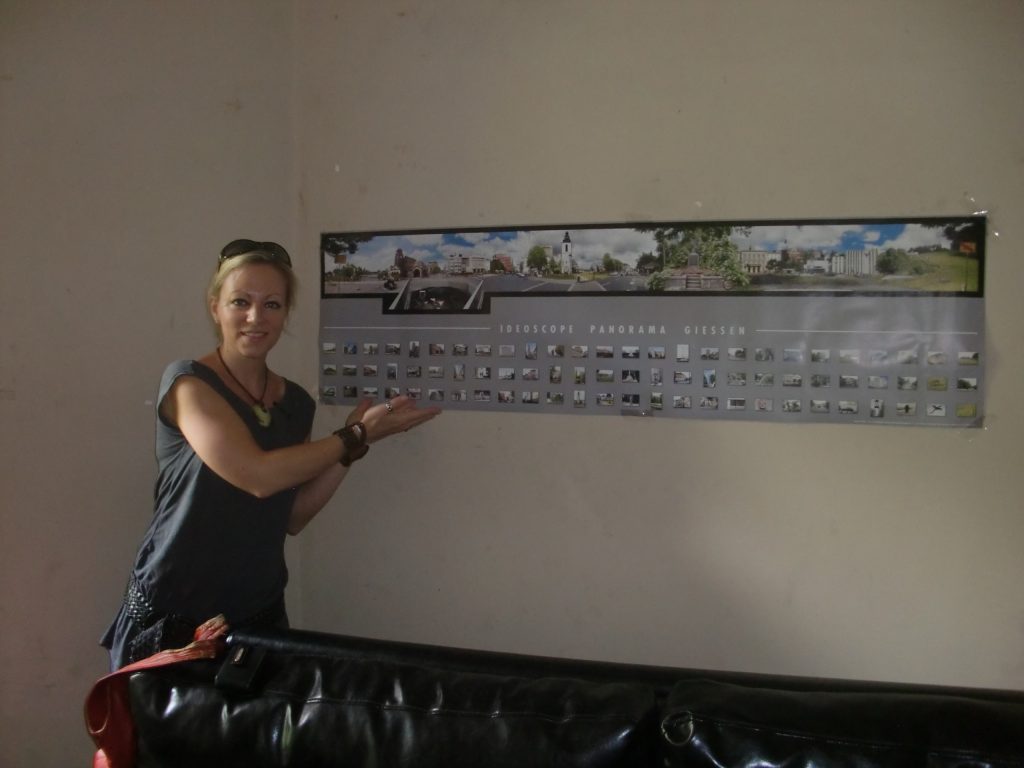