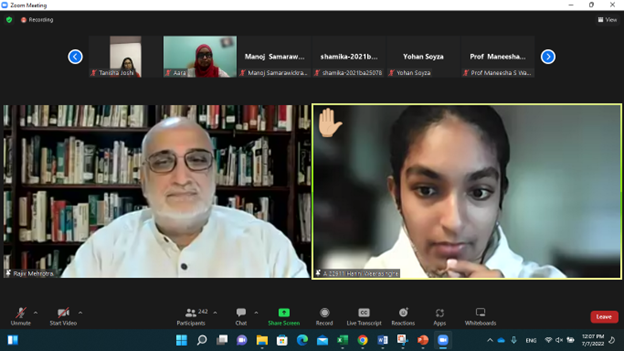 Department of International Relations organized a film screening and discussion, partnering with the Foundation for Universal Responsibility of His Holiness the Dalai Lama and the MIT World Peace University, India.

The film ‘Mission: Joy – Finding Happiness in Troubled Times’ features His Holiness the Dalai Lama and Archbishop Desmond Tutu. The film is woven around conversation with the two international icons depicting their journey of finding inner peace and spreading joy.

The discussion was held on 7th of July 2022 virtually and was attended by over 250  students  from the  Department of International Relations , University of Colombo ,Sri Lanka and several universities in   India. Under the facilitation of Mr. Rajiv Mehrotra, the Honorary Trustee/Secretary of the Foundation for Universal Responsibility of His Holiness the Dalai Lama, students shared their reflections, observations of the film. The friendship between His Holiness and Late Archbishop was seen extraordinary that students were able to witness and admire the strong connection between two individuals from diverse backgrounds.

The session provided a platform for students to enjoy and learn from diverse perspectives while interacting with students from international universities. 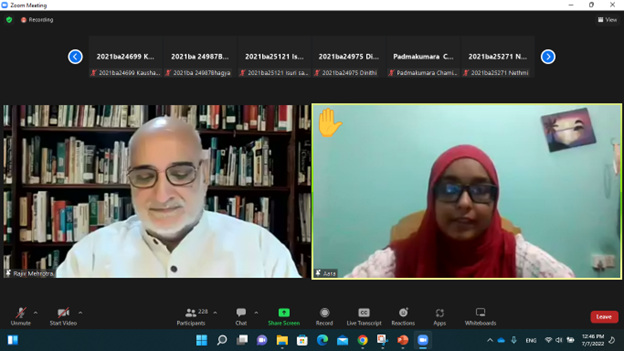 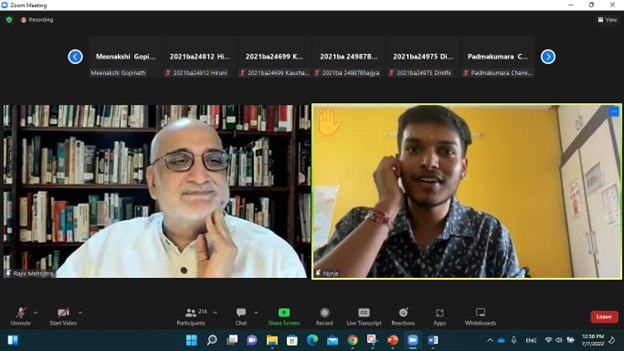