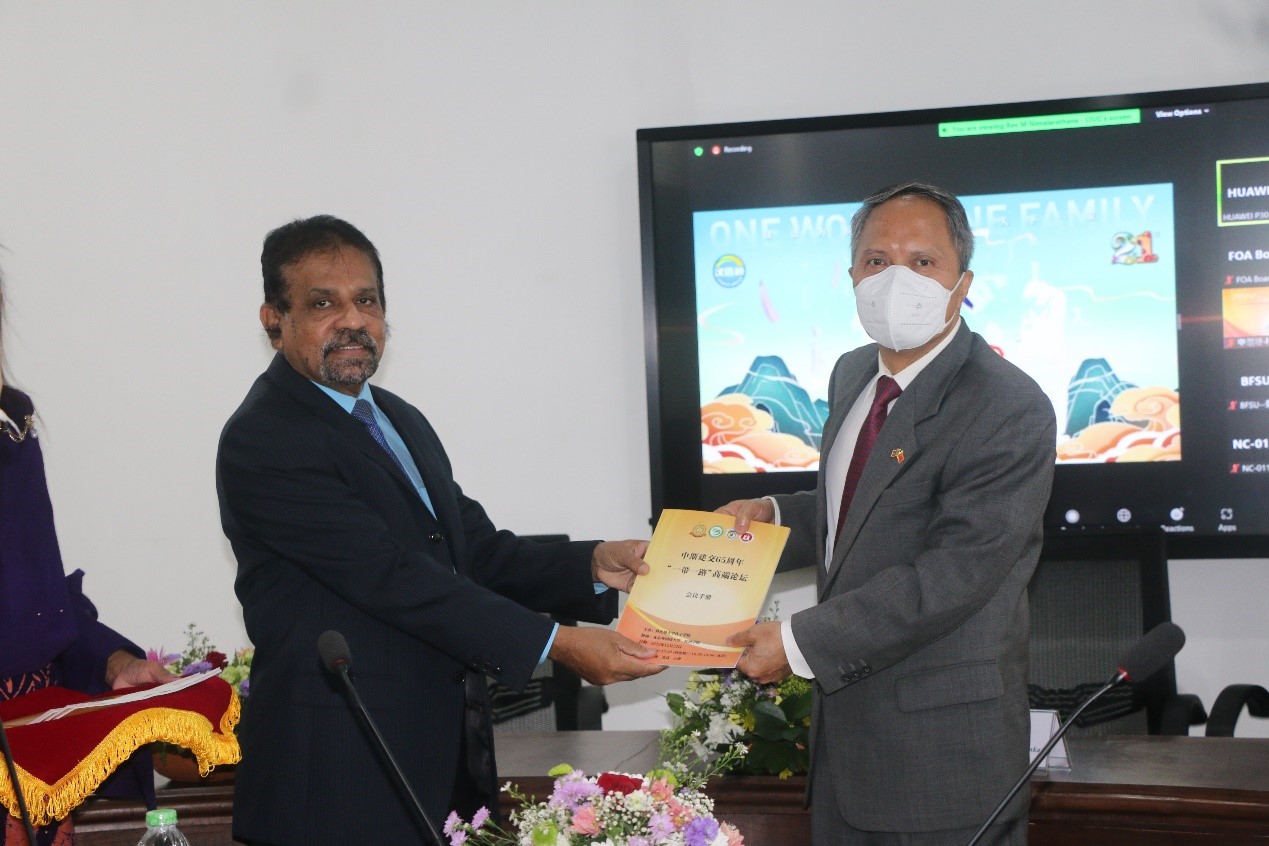 Belt and Road Initiative”: High-end Forum, was organized by the Confucius Institute of the University of Colombo with the cooperation Beijing Foreign Studies University, Hong-he University and Yunnan provincial in China, with the participation of numerous scholars from nearly 20 countries, including China, Sri Lanka and countries along the “Belt and Road” in South and Southeast Asia, to discuss the cooperation between China and related countries in the fields of education, culture, economy and trade under the framework of the “Belt and Road Initiative”.

The vice- chancellor of the University of Colombo, Snr. Prof. H.D. Karunarathne attended the conference as its chief guest with the participation of Mr. Zhang Yingbao, Cultural Counsellor of the Chinese Embassy in Sri Lanka. Snr. Prof. Lasantha Manawadu, Dean Faculty of Arts Acting Sri Lankan Director Prof. U. Ananda and many other distinguished invitees joined at Faculty Board room at Faculty of Arts and also virtually through zoom.

The conference was held to celebrate the 65th anniversary of China-Sri Lanka diplomatic relations in 2022, and the winners of the “China in my eye” drawing competition which were also under the project of Belt and Road Initiative: High-end Forum to celebrate 65th Anniversary to Celebrate Diplomatic Relationship Between China-Sri Lanka, announced during the opening ceremony of the conference. The competition was categorized into 3 groups and first, second and third prizes as well as excellence and encouragement awards were selected from each category. A total of 75 students won awards.

Senior Professor Lasantha Manawadu, Dean of the Faculty of Arts, University of Colombo, included concluding remarks while Professor Ma Zhongwu, Chinese Director, Confucius Institute at the University of Colombo, delivered vote of thanks on behalf of the forum organizers and announced the successful conclusion of the forum while mentioning the event goes smoothly with the Cooperation of two collaborative universities and under the strong participation of CIUC academic and non-academic staff. 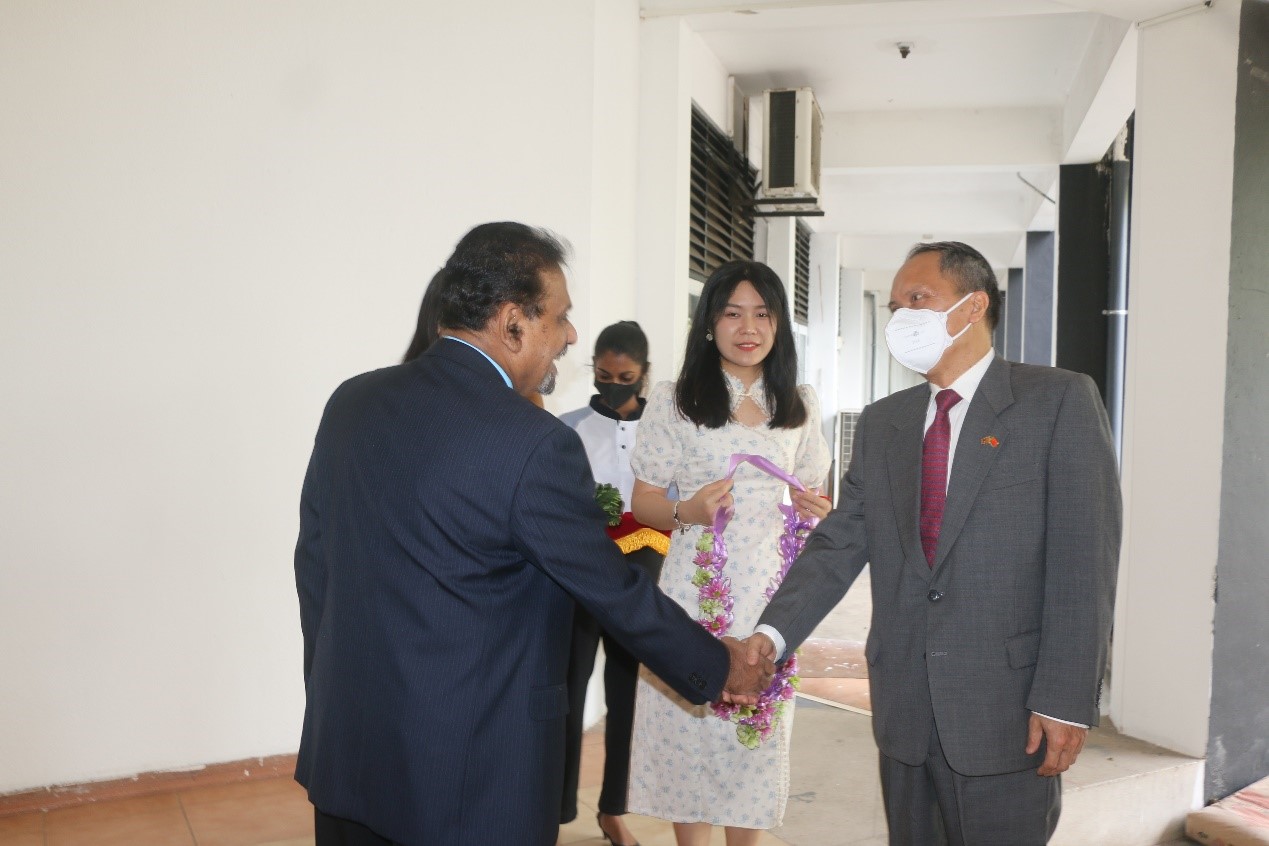 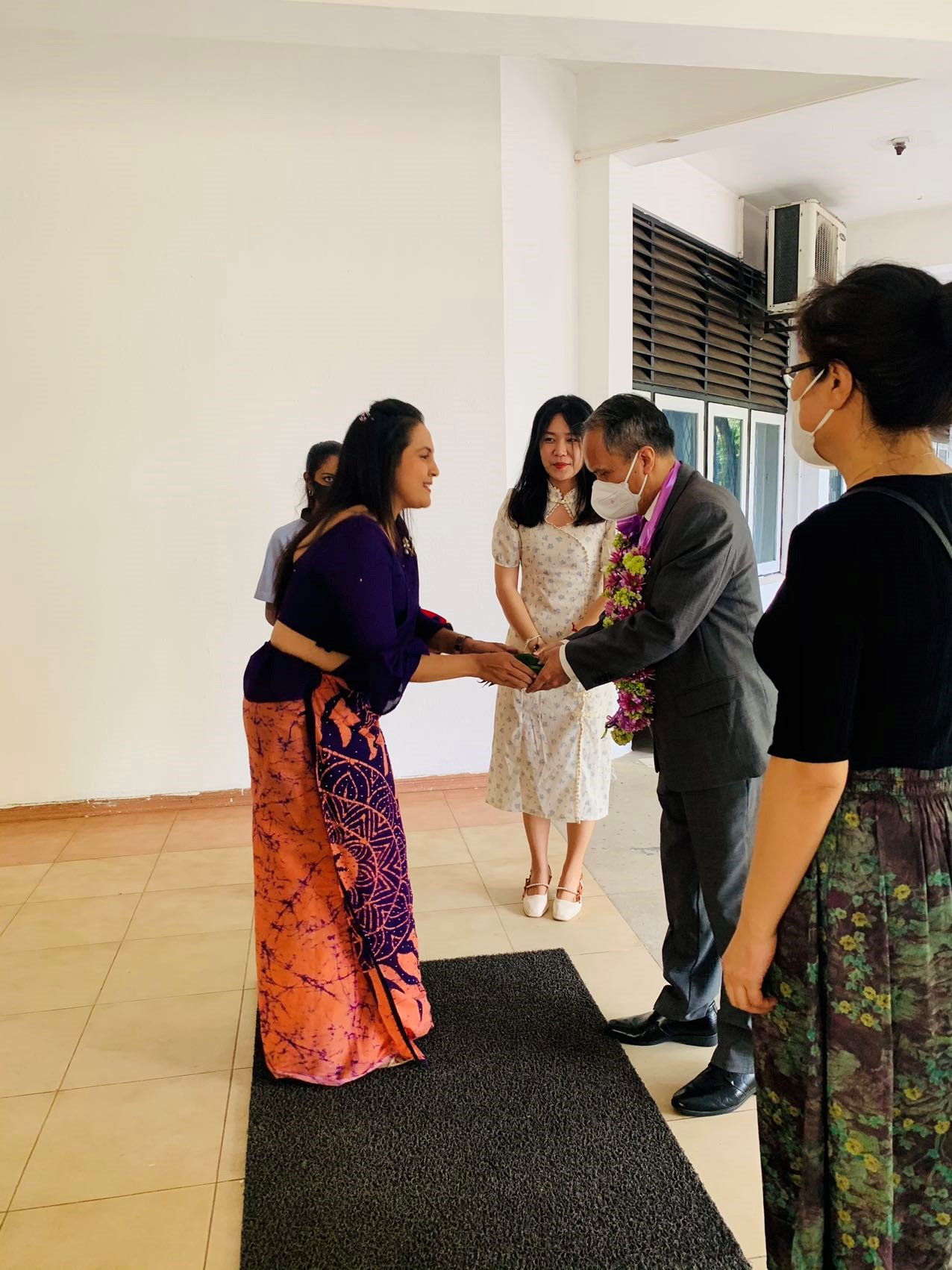 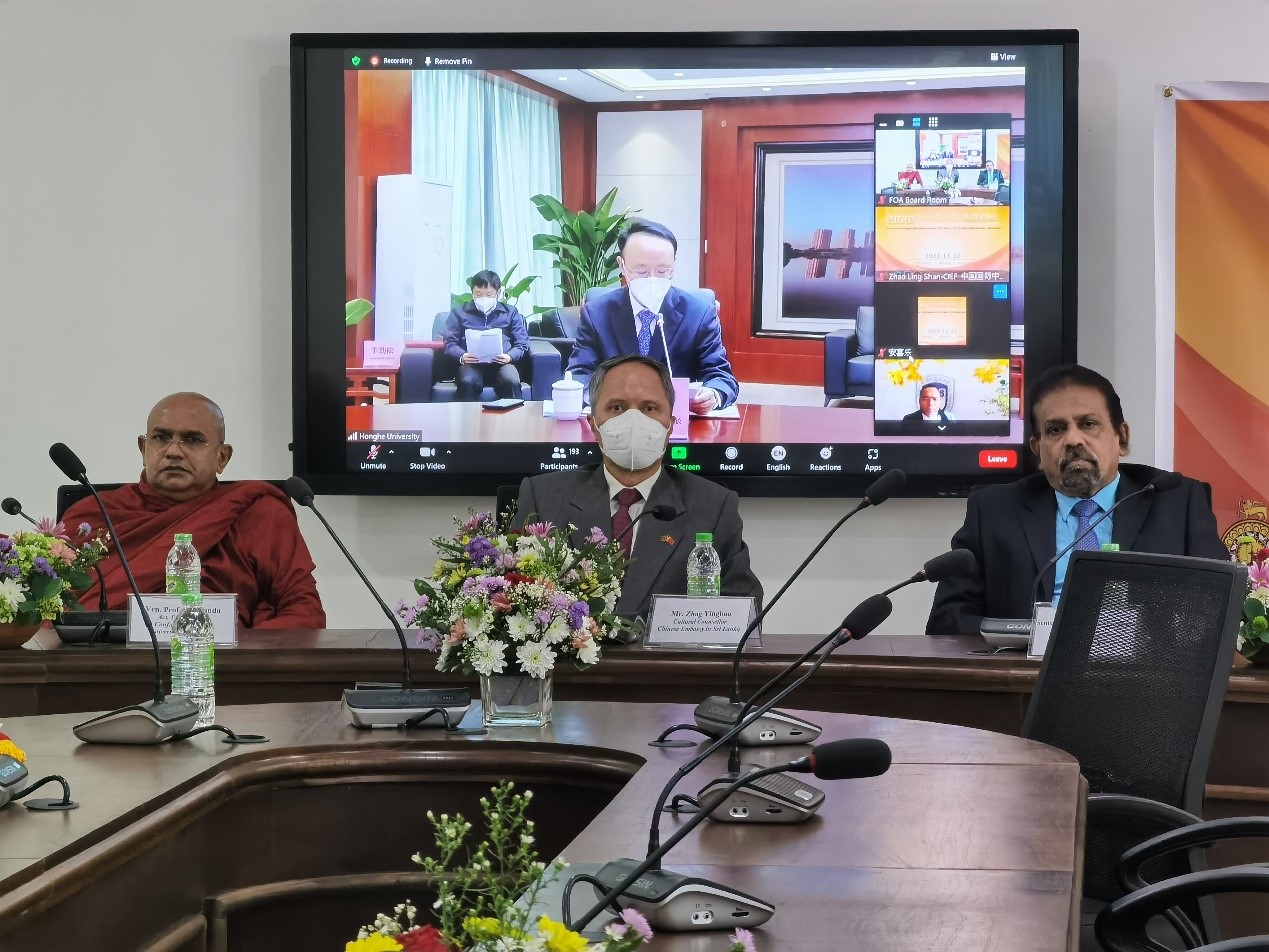 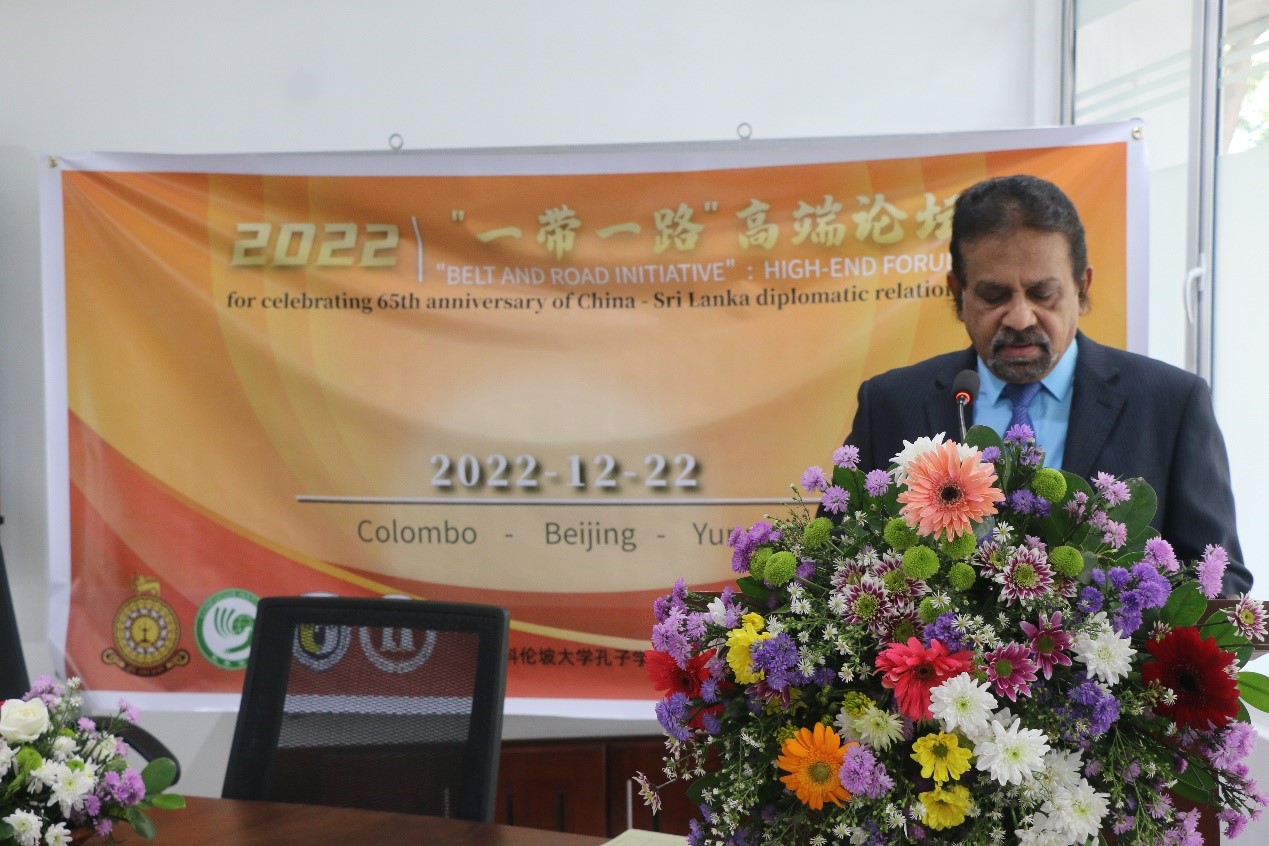 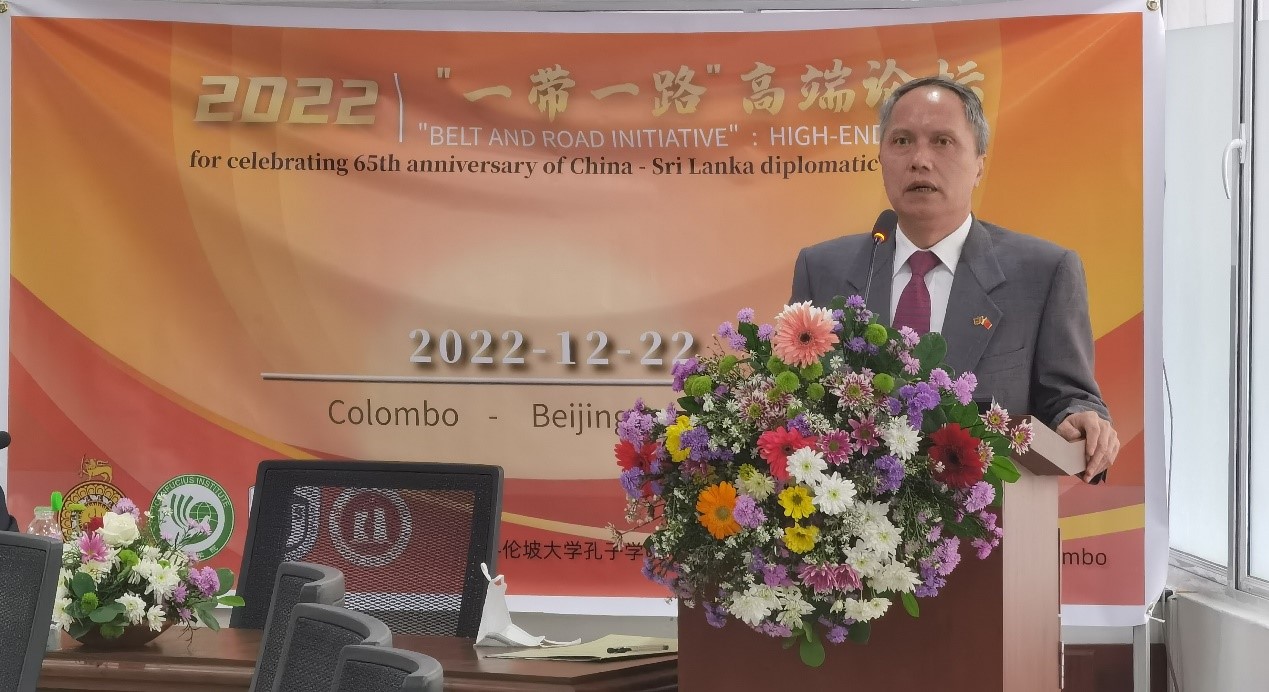 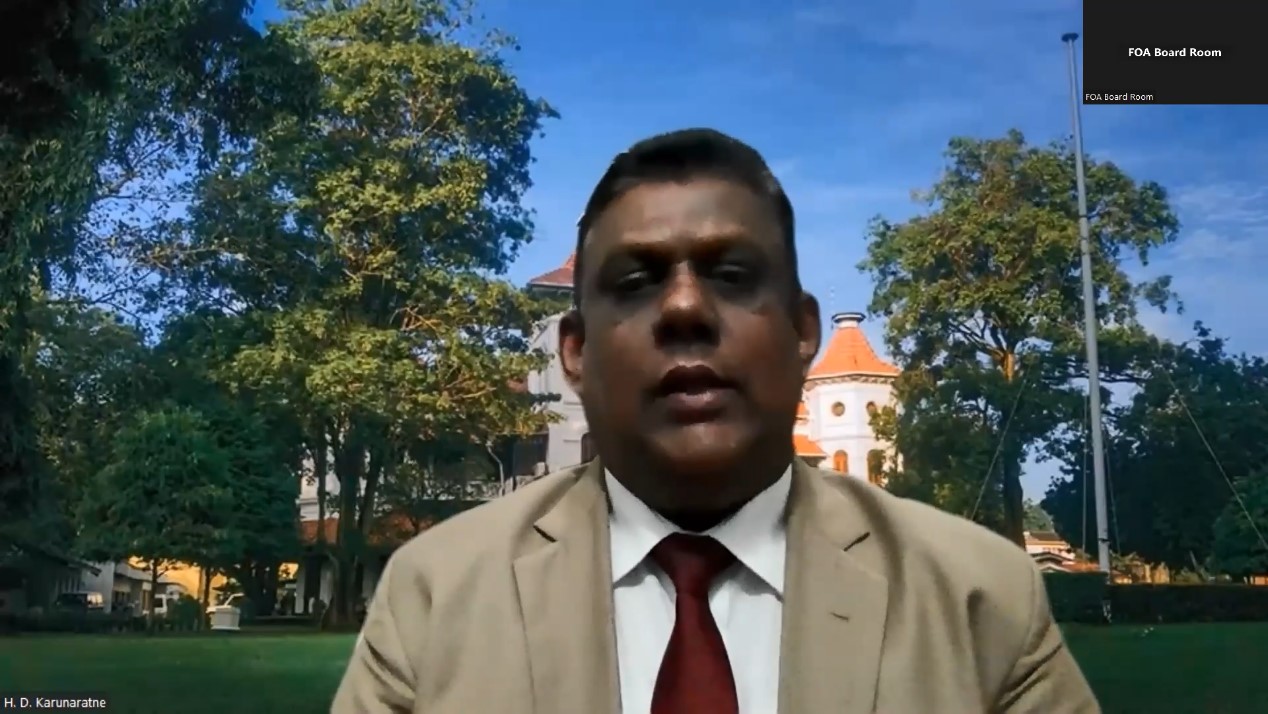 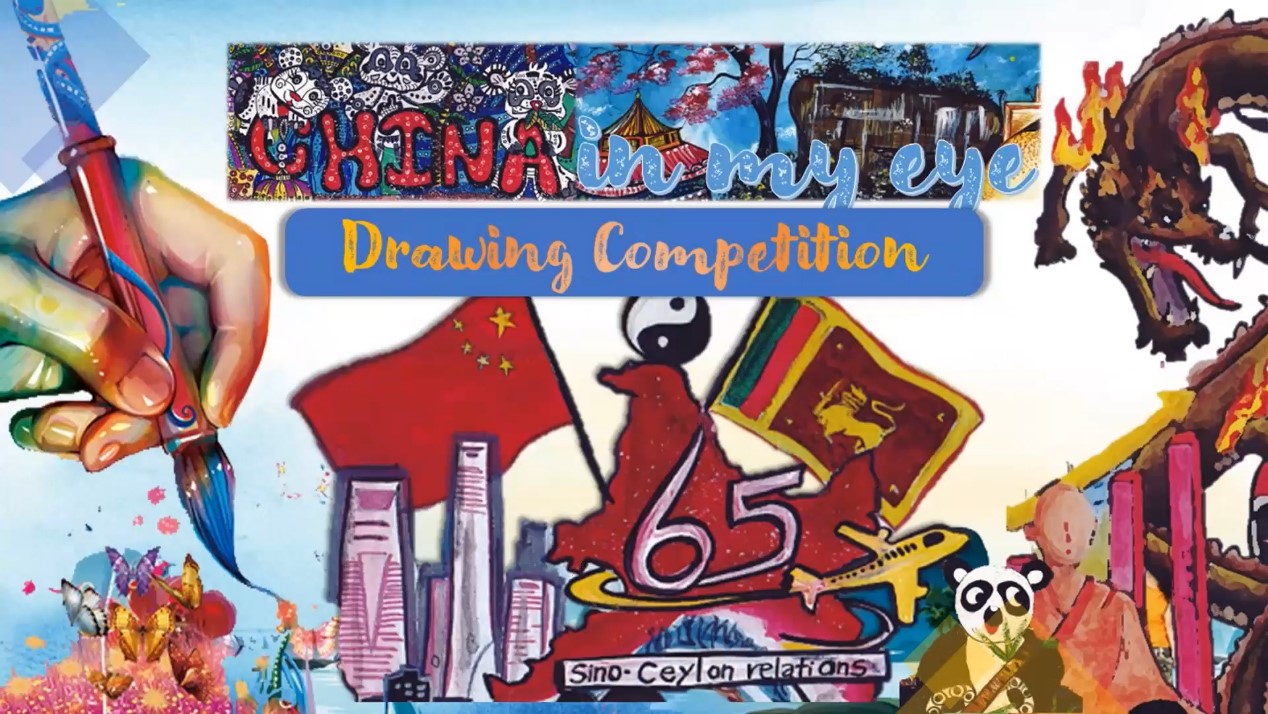 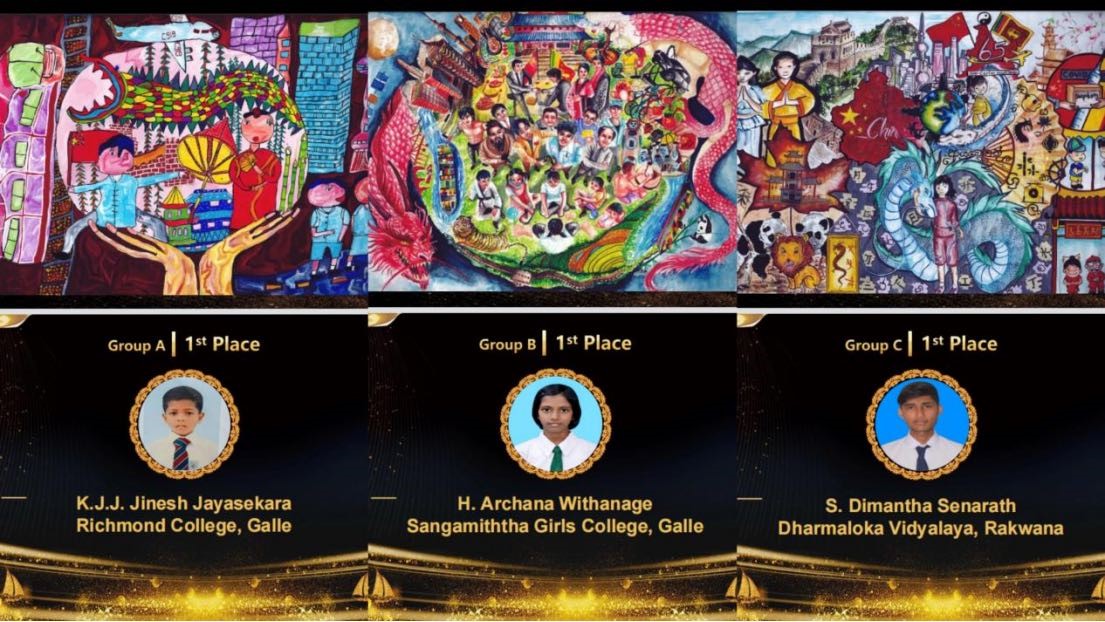 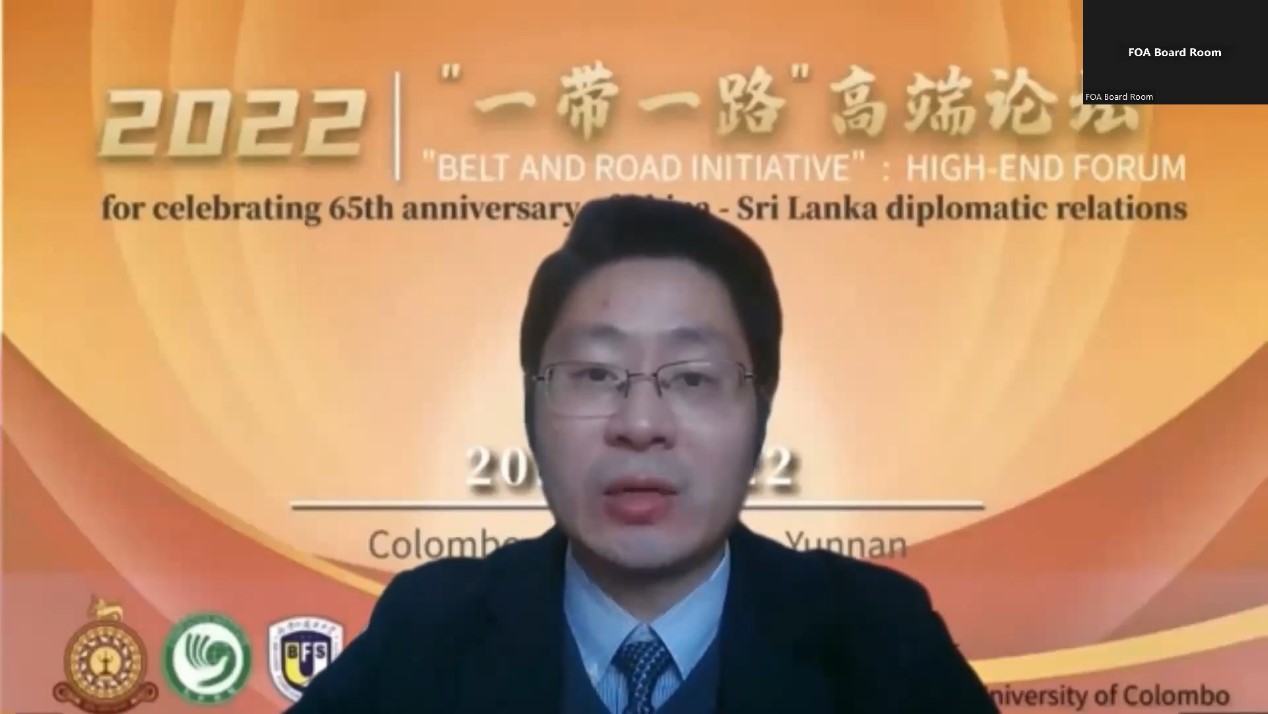 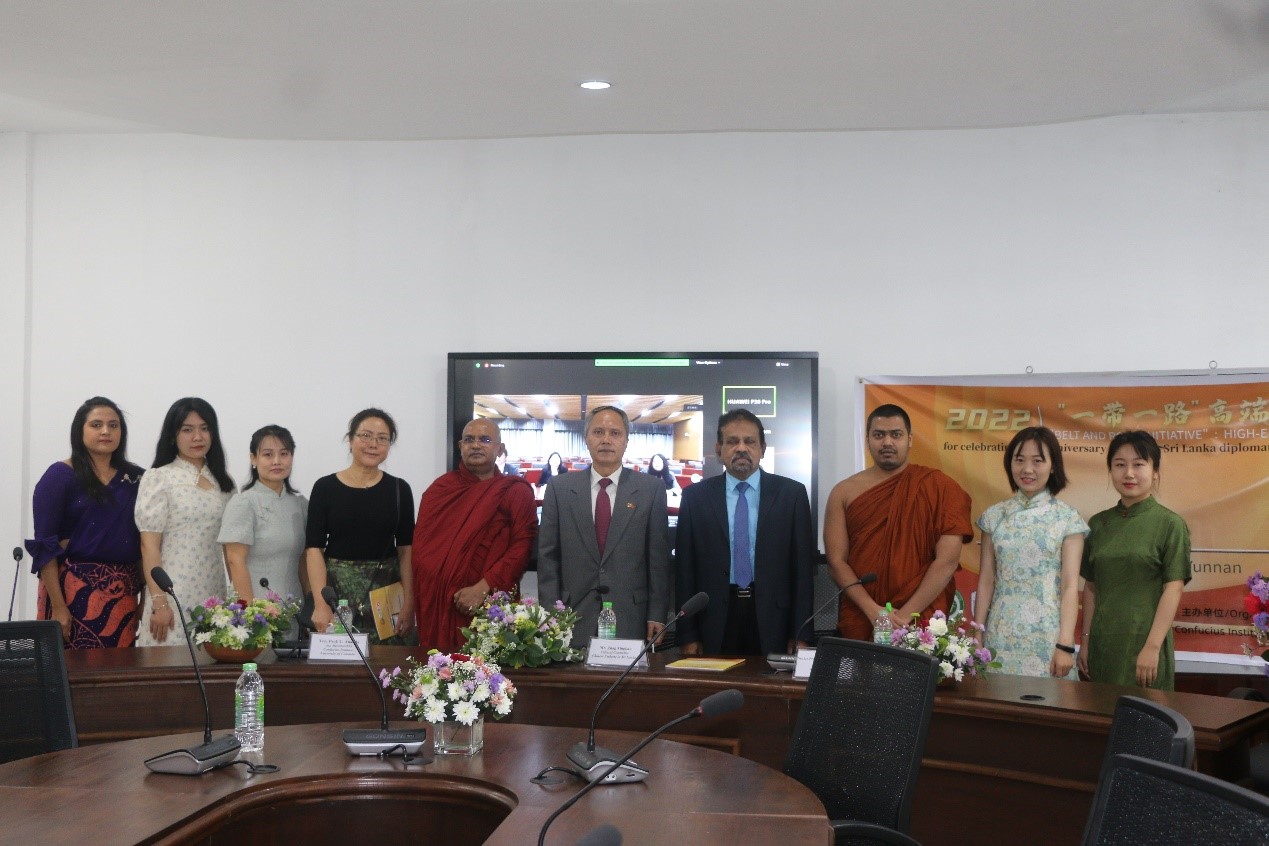 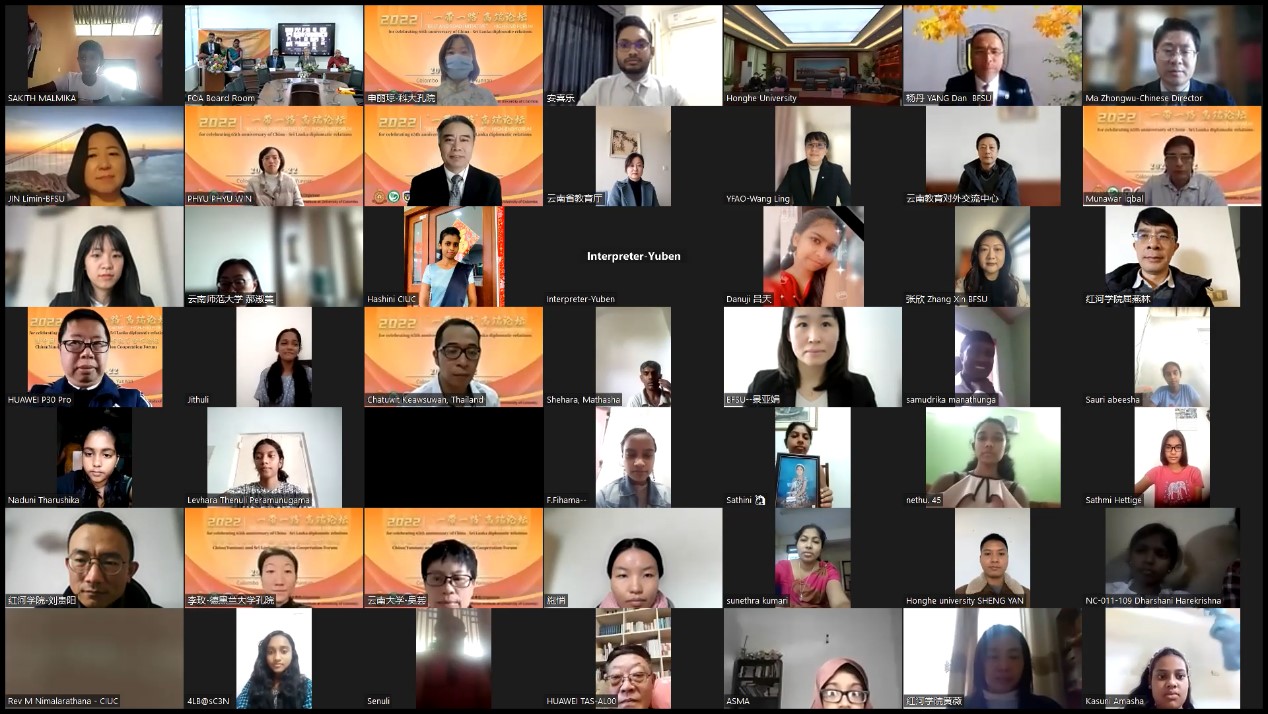 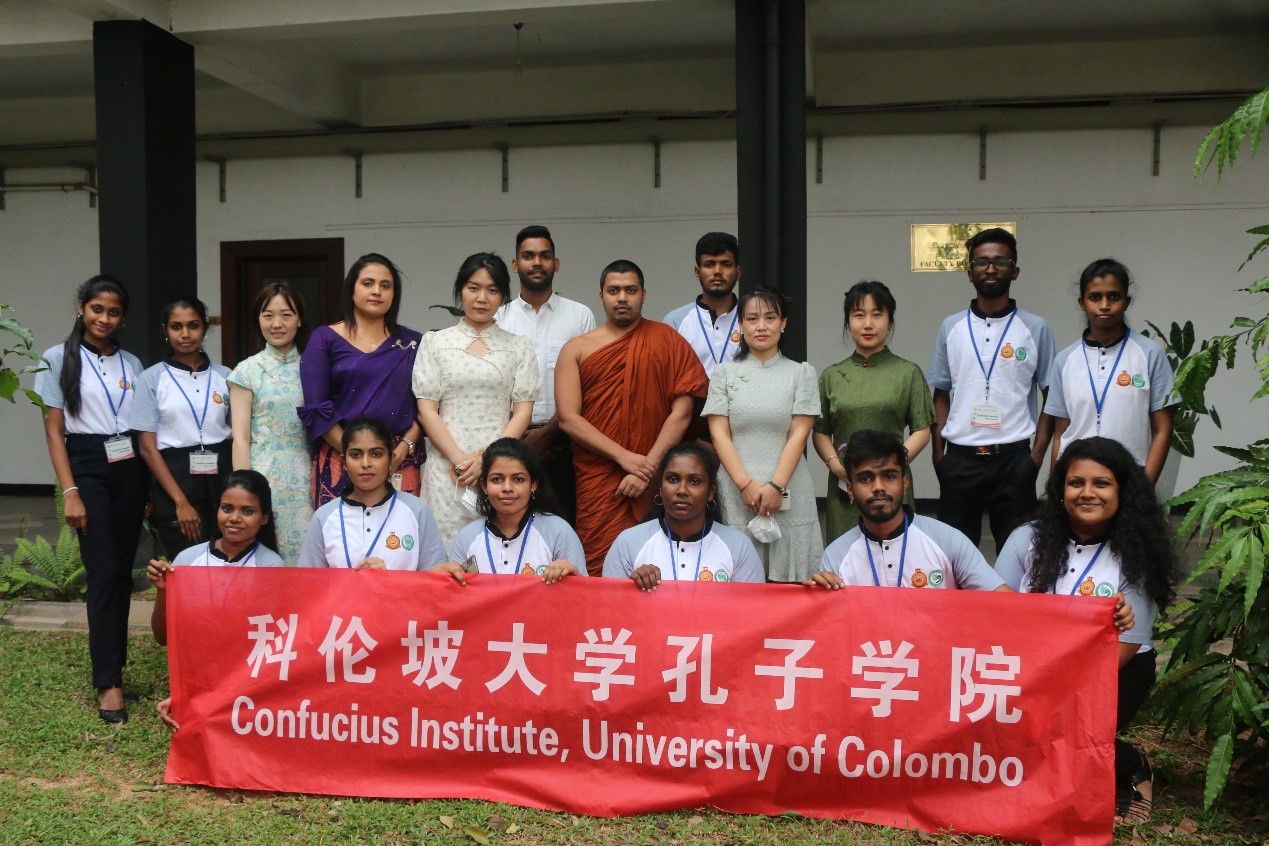 New Year Celebration at the Faculty of Arts, University of Colombo